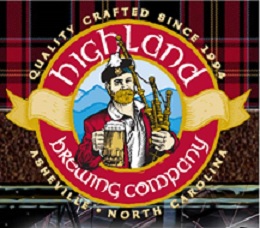 Highland Brewery is the first brewery to stake its flag on Asheville ground since the prohibition was lifted. This was a huge leap of faith and passion around this time as craft brewing was not really a thing. In 1994, at the time of Highlands opening, there were merely 600 breweries in the entire country and only 3 in North Carolina. Today there are more than 5,000.

Highland Brewery is exceedingly impressive. They are incontrovertibly dubbed the grandfather of breweries in WNC and considering the boom of interest in craft brews lately they have definitely created many many grandkids.  Naturally, this was a concern for Highland. They may have a legacy of dependable brews that are time honored and loved but they were lacking what the new kids in town were offering; something innovative and fresh. 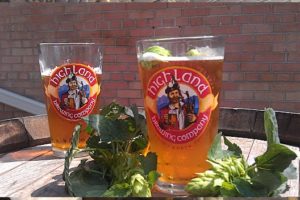 Their devotion to craft and originality lead to a revamp and metamorphosis within their company where they launched a new line of beers that captured the attention of even the most seasoned of beer enthusiasts. They rolled out three big extra hits; the Mandarin IPA, Highland Pilsner and Daycation IPA. The timeless and traditional brews include the Black Mocha Stout, Gaelic Ale, Oatmeal Porter, Highland IPA and St. Terese’s Pale Ale. This friends, is a line-up that never disappoints!

The Daycation IPA hit some serious critical acclaim from beer advocates and brew magazines throughout the country and winning several awards. Asheville is referred to as the “Napa Valley of beer” so the fact that this old timer brewery still rolls out the punches and makes waves is a huge deal in such a heavily saturated industry! According to our Chamber of Commerce, the concentration of breweries here is 7.5 times the national average!

Highland Brewery has a great property! Located about 10 minutes outside of downtown Asheville and hidden in a woodland nook, it offers a place to enjoy your brew and time with friends and/or family without feeling overwhelmed and crowded. They have a rather large outdoor courtyard and field with picnic tables and a stage for jam sessions and great band events. In addition to their main property and tasting room they have recently added a new rooftop bar! It comes with outstanding views and food-trucks are also parked on the out skirts for some quick grub too.

Needless to say, this brewery does not disappoint, not in the slightest! If you check it out, let us know what you think! And if you want to take a beer tour of their facilities, it’s FREE!!!!!