Lately I have been spending time unearthing some of the little historical jewels of Leicester, NC and our surrounding foothills. Although keeping up with present day localities is a must for anyone interested in having a firm grasp on what our city and small-town neighbors represent; knowing where we came from and how we got here is critical for appreciation and a deeper understanding of what our culture is all about.

Ethnically speaking, WNC had three major contributing groups that built the foundational aspects of our area. They were the Native Americans, Africans and Europeans. These diverse groups of people weaved a beautiful mosaic of heritage that we still see thriving today.

There was, however, one particular group of people that arrived which had left the most notable of impressions and that was the Scotch-Irish settlers.  They hailed from the Ulster region in Ireland and are also referred to as Ulster-Scots. They helped shape many of the quintessential small mountain town living that we still prosper today such as crafts, music, story-telling and their methods for agriculture.

Leicester’s (pronounced Les-ter) history seems to truly blossom once the founder staked his claim to usher in a new era; oneof traditional living with a touch of modernity (while the Ulster-Scots kept to themselves in the mountain valleys in attempts to preserve their own unique heritage). 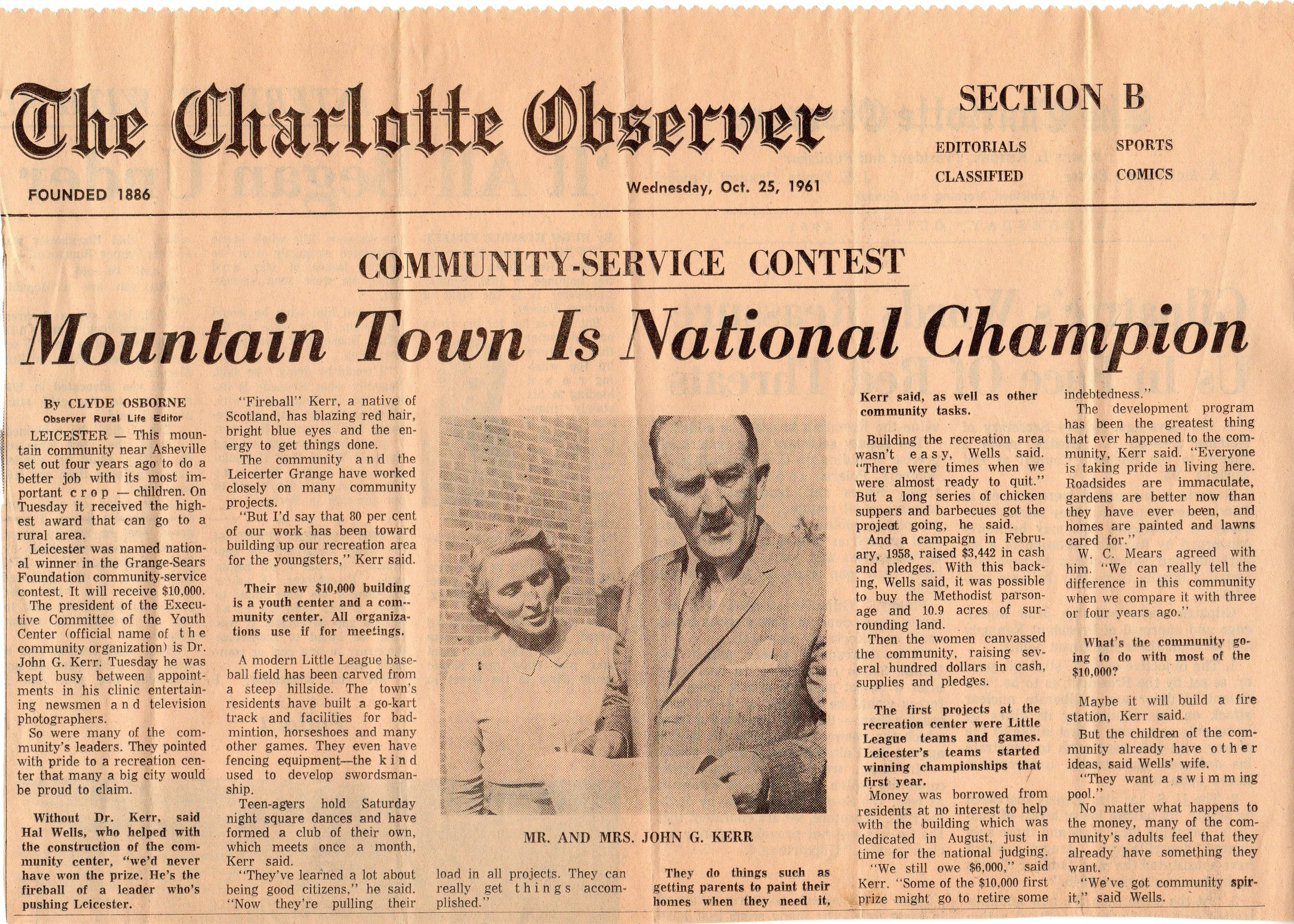 The folks in Asheville objected to thename change and thought that Leicester sounded way too highfalutin for their tastes. They mocked the named calling people that lived in Leicester “lick skillets” but eventually settled on a deviation in the pronunciation of Leicester to which they pronounced “Lee-ces-ter”.

Interestingly enough, this deviation stuck. Most people today in Asheville still refer to our township as “Lee-ces-ter”.  Ashevillians seems to be 100% certain of this no matter how many times I try to correct them (“your name is Mudd”, anyone?).

I almost prefer “lick skillet” at this point…

Upon researching the history of Leicester I happened to un-root a fun little historical nugget! We are tied to Leonardo Da Vinci, artist, inventor, scientist and one of the greatest thinkers of our time. Bear with me, because it’s more of a tie to a tie.

The Codex of Leicester is a 500 year old notebook, 72 pages long, written by Leonardo Da Vinci. It also contains 18 sheets of folded paper written in his famed “mirror writing”. It was bought in 1719 by the Earl of Leicester. The manuscript at the time did not have a name thus it was nam 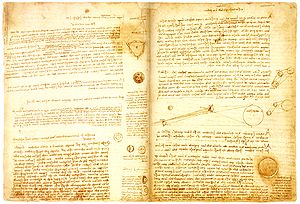