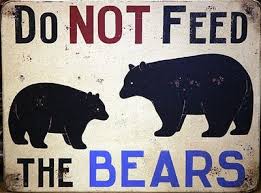 Recently, I was at the French Broad River Park with my son. After I got him into the stroller and was walking through the parking lot towards the park, I noticed a crowd of people coming my way all gawking and gasping and pointing. Turns out that there was a black bear right next to me and I didn’t even notice. After I realized what was going on and saw the bear, the bear also saw me….and the mass of humans heading our way. Both the bear and I were more frightened of the crowd than of each other and we scurried off in opposite directions to safety.

No, I was not scared of the bear. Maybe I should have been. I suppose I was shocked more than anything. In that fleeting moment when the bear and I locked eyes I simply did not feel the need to be threatened. Definitely on alert, but not threatened.  What was threatening was the mob of people running towards the bear. If seeing that made me uneasy I can only imagine how the bear felt and would have reacted if approached any further.

This experience prompted ‘How to not get eaten by bears’ as black bears are a fairly common sight not only in our country woods but also in our neighborhoods.  And with many of you WildBerry guests loving our wildlife and hiking adventures, chances are that you may encounter a bear sighting. 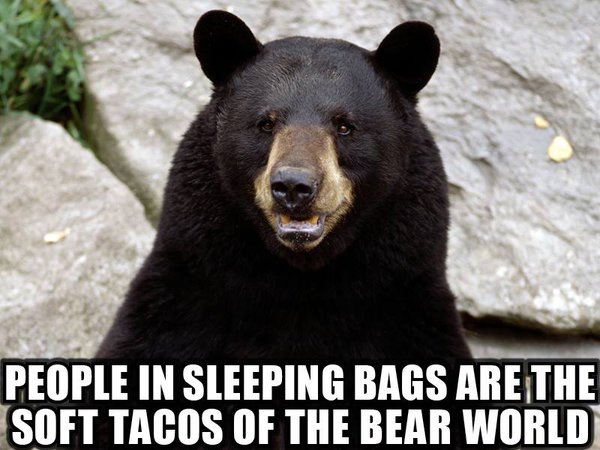 What to do if you see a black bear:

What to do if you are camping: 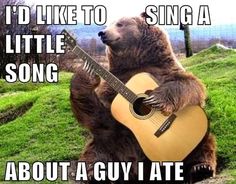 I want to press how unproblematic black bears usually are. They are still wild animals though and therefore unpredictable. The tips outlined here will certainly help avoid a bear attack which would undoubtedly wreck your day.